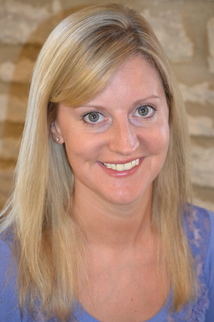 Anna began her training at The Jill Stew School of Dance whilst attending classes at the Royal Academy of Dance and London Junior Ballet as an associate. Anna qualified as a teacher at the Royal Academy of Dance on the The Art & Teaching of Classical Ballet degree programme and was awarded her Licentiate. She is a qualified Imperial Society of Teachers of Dance (ISTD) teacher having gained her Certificate in Dance Education (CDE) in Ballet and Modern Theatre Dance. Anna has also completed a Post Graduate Certificate in Teaching & Learning gaining a Distinction validated by The University of the Arts, London.

Anna taught at the London Studio Centre for over 10 years as a personal tutor and ballet teacher to vocational students on the B.A. Hons Theatre Dance course and was also the Course Coordinator for the Foundation Course. Anna has also taught at The Royal Academy of Dance, London, Central School of Ballet, London within the Junior School for over 8 years & also at Ballet Train, Kilburn. Anna has taught on courses in Germany, Japan and Portugal.

Amy's dance training began at The Jill Stew School of Dance at the age of three. Amy then went on to study a BA Honours Degree in Performing Arts at Middlesex University where she studied and majored in all dance genres, alongside drama and musical theatre, providing her with a broad and extensive training.

After finishing her degree Amy then studied at The Judith Hockaday School of Dance and Drama. Here she qualified as a teacher gaining her Imperial Society of Teachers of Dance (ISTD) Modern and Tap Teaching Associate Qualifications. Amy has since gone on to complete her FDI & DDE certificates with the ISTD. Amy has completed her Certificate in Ballet Teaching Studies with the Royal Academy of Dance (RAD) where she was awarded her full registered teacher's status by Dame Beryl Grey.

Amy choreographs for local performances, pantomimes and festivals on a yearly basis and has additionally choreographed the musical Cabaret - The Amey Hall, Abingdon and The Boyfriend both for The School of St Helen & St Katherine in Abingdon. Amy has also taught at many Easter courses and Summer Schools.

Sarah completed her dance training in Australia, where she gained her Advanced 2 (RAD) in ballet and successfully completed a Bachelors Degree in Dance and Performance. Her performance experiences include a Contemporary solo performance as part of Sounds New Festival at the Royal Academy of Music in London, and Jazz and Contemporary performances in Vienna, Austria for the Impulse Tanz Festival.

Her teaching experiences include running dance classes for Pre-school children in Okabe, Japan, and since arriving in the UK, she taught for a ballet school in Kent for 6 years during which she completed her Certificate in Ballet Teaching Studies, achieving Registered Teacher status with the RAD. She began teaching at The Jill Stew School of Dance in January 2011. She also teaches ballet at St Edwards School in Oxford, as well as help run ballet Summer schools in Kent.

Natasha began dance classes in Ballet, Tap and Modern at the Quay School of Theatre Dance under the tuition of ISTD examiner Michelle Bone and Marie Morris at just three years old. During her time there, Natasha represented the school in dance and drama festivals and theatre performances, receiving awards and special recognition for her talent. Natasha went on to study Media Production at West Suffolk College, learning the crafts of the film, television and theatre industries.

Following this, Natasha successfully auditioned for 'The Dance College' to fulfil her passion in teaching. Under the tuition of ISTD examiners Penny Meekings, Jackie Styles and Eduardo Martinez, she completed her teaching qualifications in ISTD Classical Ballet, Modern Theatre and Tap Dance.

Natasha has taught in various dance schools and organisations around different parts of the country, taking on the roles of head choreographer and assistant manager. She has worked alongside theatre and TV professionals on workshops and productions and her students have had the opportunity to perform on Sky TV and many international stages. Natasha's students have received 100% pass rate in all exams and have gone on to gain places at some of the UK's most renowned performing arts schools. Natasha has a vast repertoire of classes which include; commercial street dance, contemporary, west end jazz, musical theatre and movement classes for children and adults with physical and learning difficulties. She hopes to reflect her own love of dance in the students she teaches.

Sarah started her professional career at the age of 9;she was the first ever 'pippin' becoming a protegee of The Theatre Chipping Norton. She was used in lots of their productions as a child actor, and was regularly seen in the professional pantomimes there. She also studied in Ballet, Ballroom dancing, and Jazz, also gaining her MBBO in Tap dancing.

Sarah has been a member of Equity since the age of 17. She spent a year at 'The Actors Workshop' and 'The Actor Centre' in London then she worked before going to finish her training at Arts Ed.

Sarah also writes plays to be used in performance for children and is married with four children. She has had many years of experience and now passes on her enthusiasm for the stage to others.

Roxy Rose is a talent coach specialising in Voice & Drama skills for performance. Roxy trained as a performer & educator at the Royal Conservatoire of Scotland, where she was awarded the RSC Education Prize for her dedication to coaching. Since graduation, Roxy has achieved a Masters degree in Music & Contemporary Art from Oxford Brookes University, and in 2016 she spent time at the New York Conservatoire of Dramatic Arts, undertaking studies in Film & TV development and master classes in Musical Theatre with Broadway Director Jay Binder. Roxy has also completed her level one and two studies in the Jo Estil vocal technique for Musical Theatre.

Roxy has written and run her own creative courses, which have been booked by the Ashmolean Museum, Oxford Brookes University, Chipping Norton Theatre and local community centres - most recently by an Oxfordshire based women's singing group. She has also been a vocal coach at Stagecoach Witney, where she achieved a 100% exam pass record during her 3 years with the company, and she continues in the role of principle coach at Oxford-based company Open Stage Arts. Roxy has worked closely with Natasha Gant, founder of Sing, Sing, Sing Academy, and continues to prepare students for the London College of Music Popular Vocals and University of Westminster Musical Theatre exam grades, as part of her private vocal coaching business.

In 2018, Roxy's Arts in Education company, www.roxyrose.co.uk, will be delivering Voice Confidence classes for adults interested in singing for personal development.

Catherine started dancing at the age of three at The Jill Stew School of Dance whilst also attending classes at London Junior and Senior Ballet from the age of 11 to 18. Catherine then went on to study at The Judith Hockaday School of Dance and Drama where she trained in FDI (Foundation in Dance Instruction) for both Modern and Tap (ISTD).

Catherine went on to train at Bird College in Sidcup, where she gained a 2:1 BA (Hons) in Dance and Theatre Performance. Whilst at Bird, Catherine trained in all dance genres, drama and singing. During the end of year shows, Catherine was Dance Captain for four separate pieces. She was also chosen to be a part of the choreographing process for the new ISTD Advanced 1 syllabus and performed the syllabus in the Epsom Playhouse.

Sarah is co-founder of Biserk Dance Company. She trained to Advanced Level in Ballet and Modern Dance and went on to study Expressive Arts at Brighton Polytechnic. Sarah has taught extensively and choreographed two professional dance works and 40 youth pieces.

David trained at the RSCM, RSM, the Tanwood Theatre School and has a BA in Performance Study from City University. As an actor, David has appeared in 11 west end plays and musicals including,
Cats, Les Miserables, Blood Brothers, Starlight Express, Dirty Blonde, Saucy Jack and the Space Vixens, Ziegfeld & Me and My Girl.

As a freelance theatre creative and lecturer he has worked extensively at The Royal Central School of Speech and Drama, Arts Educational Schools, London College of Music, London Studio Centre and Millennium Performing Arts.

Most recently, David directed, Bad Girls for London College of Music and was Musical Director for Coram Boy at The Royal Central School of Speech and Drama. David also teaches privately in London and in his home in Oxfordshire and is thrilled to be joining the team at Jill Stew.

Natasha Gant is a Performing Artist specialising in Vocal and Performance coaching. Originally trained at The Liverpool Institute For Performing Arts, Natasha then went on to work extensively as both an actress and a singer. As well as touring both internationally and nationally, in shows such as "Mad about the Musicals" and "It's D'lovely", Natasha has provided workshops and training in singing, acting and Musical Theatre in Canada, Europe and Norway, and has also worked as a session singer for companies such as 'Universal Music'. Natasha is also a songwriter and has recently signed her first publishing deal for her work.

After unpacking her suitcase and settling in Oxfordshire, Natasha continues to follow her passion providing coaching for both professionals and budding performing artists. She teaches in schools, performing arts academies, and privately in Witney. Her musical theatre students continue to achieve great success, attaining outstanding marks in their exams and with many of them going on to study and work in Musical Theatre professionally.

Music Videos: Choreographer-One Direction Best Song Ever, Kiss You and Gotta Be you video, The Movement Collective Project.
Assistant Choreographer-James Morrison Slave to the Music video, Paul McCartney Ever Present Past.

Helen is now a fully qualified yoga instructor teaching one to one classes and group classes across London. She is also a proud Yoga Ambassador for Sweaty Betty. Having recently moved to Bampton Helen has set up weekly yoga classes at Bampton Old School Community Centre and is hoping to set up many more classes in the local area as well as teaching private clients.
www.hdyoga.co.uk